Our. Trip. Was. Amazing.

Thank you to everyone who supported us in thoughts and prayers and finances. I want to hug each and every one of you, look you in your eyes, and express to you how deeply grateful we are for your belief in us and in what God’s doing with us.

Thank you to those who watched our kids. Kurt and I  understand better than anyone the difficulty of that task at times. Knowing they were safe and loved while we were away was a HUGE blessing. 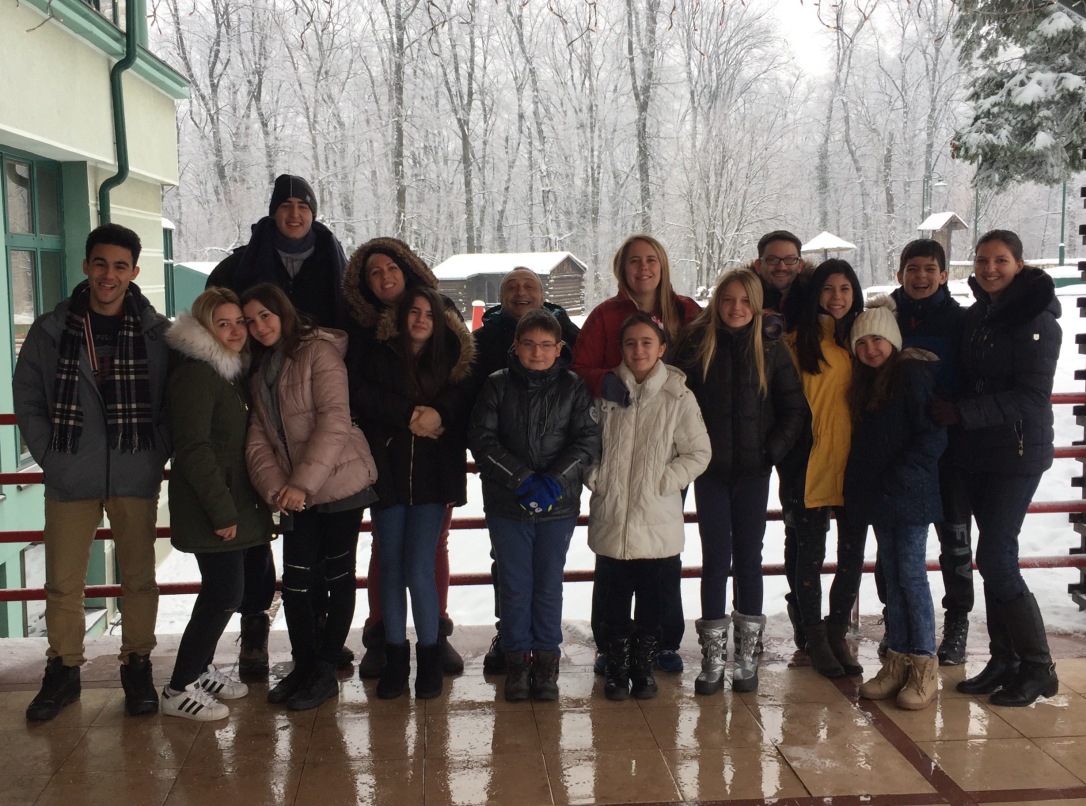 I want you all – everyone who partnered with us in any way, whether you feel your contribution was big or small – to sense your importance and inclusion in what God is doing in the Balkans. We absolutely could not have gone without your support. Maybe you didn’t personally get on an airplane or pass out snacks to students, but you were there with us! You were investing – standing in the snow, staying up late talking, including the loaner, encouraging the skeptic, dancing, loving – you were feet on the ground on the mountain with us. And these students’ lives are changed because of it.

The guy on the far left of this picture – his name is Igor. He looked at this picture and said, “Wow. I look happy! That’s not how I normally look.”

Yeah, that about sums it up.

If you followed our Facebook Page, you saw our (almost) daily updates, so I won’t reiterate too much here. (You can follow Lifegate Novi Sad for the highlights as well.) But here’s the long and short:

We had another supernaturally smooth trip there. Our first night in Serbia, we went to Belgrade (Beograd) for their Christmas program. Nationally, but especially in Belgrade, they observe the Orthodox Christmas and New Years, which take place on January 7th and January  14th respectively. So, we got two Christmases this year! 🙂

The next day, we were slated to travel with Pastor Dimitrije (Kiki) and Cveta to Skopje, Macedonia, but were forced to turn back by a huge snowstorm.

Why Macedonia? We didn’t really know either! I wish you could have seen Kurt and me trying to politely ask the question in the car on our way…”So… Pastor Kiki… can you kind of fill us in on the purpose for our trip?”

Boy did he. 🙂 Long story short, Skopje is the birthplace of a church planting ministry Pastor Kiki and Cveta started years ago. They helped introduce Evangelical (Protestant) Christianity (as opposed to Orthodox Christianity) to the area and their investment bloomed into over 30 churches. The stories are incredible. Pastor Kiki, Cveta, and their three boys lived and worked in Macedonia for over a decade before returning to Novi Sad to establish the Protestant Theological Seminary.   Now, they are sensing another call of God to potentially bring Lifegate to the area at some point – specifically the Aerodrom district, a population of 200,000 with no Evangelical church. Obviously they are in the “praying and listening” phase of this possibility, but our invitation and honor is to join them in that – praying and listening.

For those who love context as much as I do, and for those who geek out about church history, I’ll write some future posts about the three major branches of Christianity, the Western Church’s Reformation in the 16th century, and the Eastern Orthodoxy still in place in many of the Balkan nations. Or you can Google. Point is, the Eastern Church did not experience the same reformation as the Western Church. And the Eastern Church is positioned on the global dividing line between predominately Islamic nations and predominately Christian nations. The scale is immense and overwhelming but God is moving. He is breathing the story of Grace into our hearts – a story that changes lives, sets people free, and unites families and cities and nations. Our “argument” (for lack of a better word) is not for Protestant Christianity or Catholic Christianity or Orthodox Christianity. Our message is the grace-filled Gospel of Jesus. His is the only Name with the power to push back darkness.

1When I first came to you, dear brothers and sisters,a I didn’t use lofty words and impressive wisdom to tell you God’s secret plan.b 2For I decided that while I was with you I would forget everything except Jesus Christ, the one who was crucified. 3I came to you in weakness—timid and trembling. 4And my message and my preaching were very plain. Rather than using clever and persuasive speeches, I relied only on the power of the Holy Spirit. 5I did this so you would trust not in human wisdom but in the power of God. – 1 Corinthians 2:1-5

Ok, back to our trip. So, we wanted to go to Macedonia! Unfortunately, we didn’t get the opportunity on this trip, but not going actually fanned a fire in my heart I didn’t know was there! (I don’t know if you can sense it. haha) All the more reason to return. 🙂

God used the first part of this trip to speak deeply to Kurt and me. We got to spend some incredible time with Pastor Kiki and Cveta and benefit from their investments in ways we can’t yet articulate. And, practically, we began to plan for the summer! Oh friends…

On Sunday night, we got to lead worship and share a little about ourselves at Lifegate Novi Sad’s service. It was such a sweet time and total honor. Then, on Monday, we took 11 kids to a mountain and had ourselves a Winter Retreat! 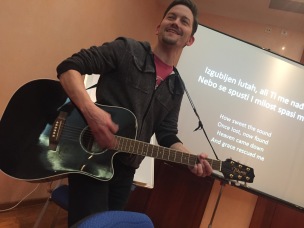 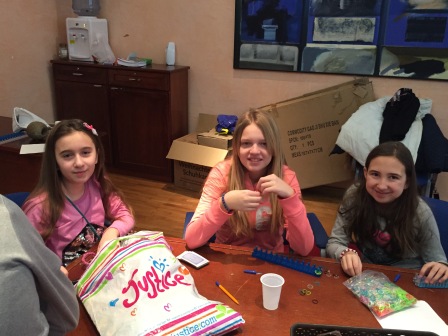 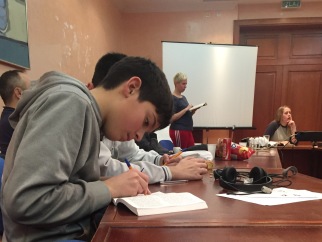 Kurt and I have been involved with Lifegate Omaha’s youth retreats for every age group, so it was amazing to bring the benefit of those experiences to the Lifegate Serbia kids! They are truly the seed bed God’s future movement in the Balkans. More importantly, their lives are precious and priceless and they needed to know how much they’re loved. Several gave their lives to Jesus for the first time, and we gave all of them Bibles and encouraged them in their growth and relationships. Hopefully this retreat will have been a milestone for each of them.

After the retreat, it was a quick turnaround to get back on the plane(s) and head home! The flights home were less smooth, but it all worked out well in the end.We got to travel back with six of the team from Serbia and welcome them back to Omaha!

All in all, I feel as though God did just as much if not more in our hearts as in the kids’. We received overwhelming confirmation of God’s invitation to bring our family back in the summer. So, as of May 2017, Kurt and I will be temporarily boatless… But more on that later.

Love you all. Thanks again for your love and support. Thanks for your faithfulness to the youth in Serbia. They’re changed because of you. ❤

I'm a writer, blogger, and traveler. I share from the real stuff in my life as a wife, mother, and follower of Christ. I'm passionate about connecting people with the truth through writing, speaking, mothering, friendship, and leading worship. These are my family's adventures. This is our Called Life. View all posts by emily wagoner 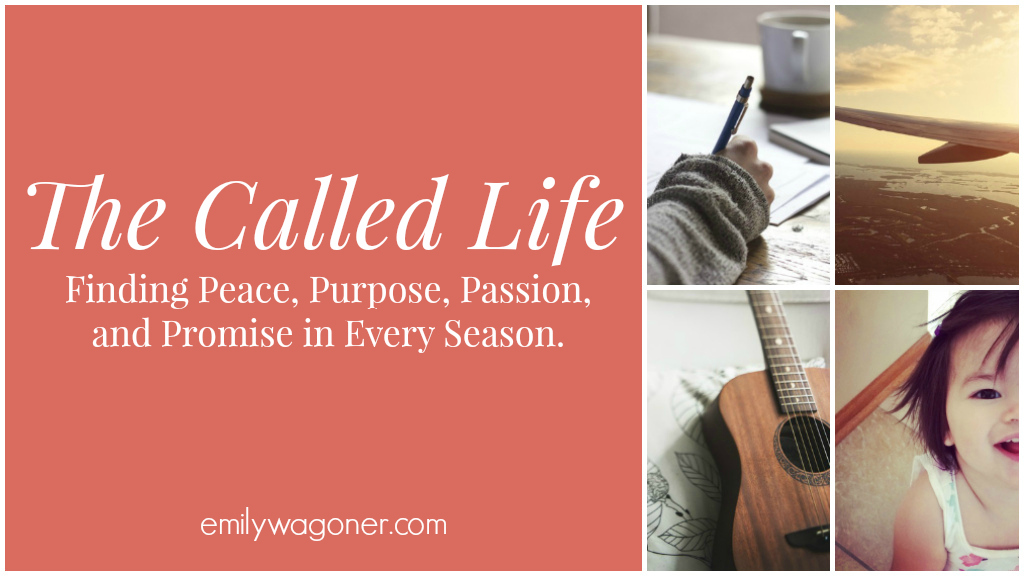